31 January 2013, JAKARTA – Rajawali Foundation committed to contribute in developing Indonesia through fostering the knowledge sector and research in the area of public policy by collaborating with Harvard Kennedy School (HKS) The Program that has been conducted since 2010 is aimed to achieve the vision and missions of Rajawali Foundation in increasing the capacity of leaders and policy makers in Indonesia that focusing on Public Policy Knowledge.

The syllabus of this program will be contained with the idea of awareness, capacity building, and community development, in order to achieve the maximum outcome towards the program.

Agung Binantoro, The Director of Rajawali Foundation, mentioned the Governor of Gowa Region, H Ichsan Yasin Limpo was one of the chosen program participant who succeed to apply the good public policy knowledge he gets from the Harvard Kennedy School Indonesia Program of Transformation during the year of 2012, on the current region he leads.

“The Regional Government’s working unit should fulfill the three basic components in proposing a renewal of public policy; political and environmental support, competency of human resource and infrastructure, and the public utility. These three components would bring direct impact to enhance development’s expenditure in the region.”, said Agung.

The Governor of Padang Pariaman Region, Ali Mukhni, also shared his success story. According Agung, Governor Ali Mukhni is developing his region through education and training. “At the moment, he is focusing to improve the disposal system and irrigation system for local farmland,” told Agung.

By looking at these success stories, today, Rajawali Foundation in collaboration with Harvard Kennedy School (HKS) presents “Indonesia Program 2013”. This Program will grant scholarship for Indonesian student to study in HKS, and research fund for Indonesia Research Fellow.

The program has three main objectives; to enhance the capacity of education and research in the area of Public Policy Studies in Indonesia, to foster awareness and understanding of Indonesia towards HKS, and establishing partnership between HKS and Public Policy Community in Indonesia.

Agung stated that the HKS program 2013, will be focusing on excecutive training and public policy research. “Through education, training, and research program, the leaders and policy makers are expected to be able to identified issues, and getting in depth knowldge understanding, before formulating the related policy,“ he said.

The Harvard Kennedy School Indonesia Program 2013 is open for leaders, policy and decision makers, scholars and researcher in the area of Public Policy studies. Agung explained that the 20 participants of this program must pass the screening process that conducted academically by related institution and Harvard Kennedy School.

Rajawali Foundation is a social institution that committed to support education as an important component of change and development in Indonesia, especially in the area of public policy education. The Foundation promotes and advances public policy education by enabling scholars, politicians, bureaucrats in Indonesia to have the chance to develop their knowledge through the leadership transformation program. Rajawali Foundation believes by fostering better leadership and developing community in Indonesia, we will achieve sustainable living environment for our better future. 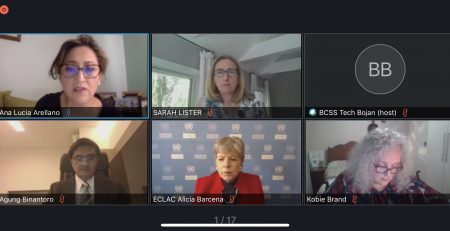